I am sure that most people know this one, but I was at the store yesterday trying to find easy lunches for the upcoming visit from the other CreativeMamma and I saw a sale on french bread. I first thought about all the recipes that I have been pinning off of Pinterest, but why not just make it really easy on everyone.

When my friends come to visit all I want to do is talk and hang out, not spend time searching on the Net for that one Pin I remember from 3 months ago. So I thought "Why not pizza?". I bought 2 french bread loafs, pepperoni, salami, cheese, and some sauce. I had plenty of veggies at home already from my garden so I was ready.

So here we go. Slice the loafs length wise and top with whatever you like. I broiled mine for about 1-2 minutes but I think next time I will bake it for a few minuets to warm all the way through. 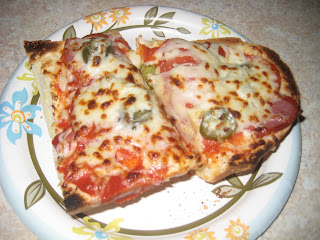 Posted by Creative Mammas at 11:38 AM No comments:

I don't know about you but the mornings in my house are not fun and smiles like they are on TV. I wake up early because there is no way my hubby is going to get the baby up and ready to go. (Hubby is great, but mornings are not his thing either). So to make things easier on me, I am usually buying fast breakfast items for the toddler that I can throw at her while I am still getting ready for work. I know I am a horrible mother for not making her a healthy, from scratch meal....Wake up people, not everyone has that life.

So I was thinking, why not make my our frozen breakfast meals. I have to admit this trick was shown to me by a friends mom some time ago and I can't think of why I didn't do it before.

When bread is on sale I usually pick up a few loaves and freeze them. I went grocery shopping and noticed how pricey breakfast items are getting (and with the baby the only one in the house who eats breakfast, its getting to much), I thought of doing my own. I made my mom's French Toast recipe (see below) and then cut the slices into strips. I then "Flash Freeze" the strips, fancy term for sticking the sticks on a cookie sheet and putting them into the freezer for about 20 minutes. 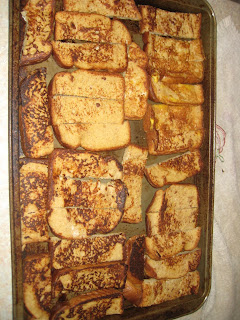 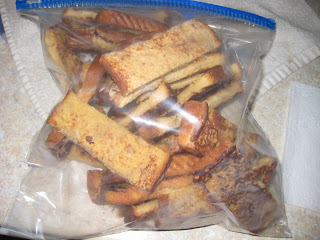 Mix all ingredients together (not the bread) and make sure that all the eggs are broken up.
Heat skillet or griddle on the stove and spray with a non-stick or use a tablespoon of butter.
Dip bread slices into mixture. Coat both sides and put onto griddle.
Cook about 1 minute on each side or until the middle of the slice is not mushy anymore.

Posted by Creative Mammas at 12:47 PM No comments:

If you are anything like me, you are addicted to Pinterest. I can not stop searching for things that I want to try, but to be honest sometimes my results are not that great. But this tome is different! I found this recipe for rotisserie chicken in a crock pot. Now, I love crock pots and I would use them every day but I am hesitant on cooking things that don't require liquid in them. Cooking a chicken with nothing else was a bit weird for me.

The recipe I found was on the blog http://busy-mommy.com/2010/02/how-to-make-your-own-rotisserie-chicken.html . I altered the recipe a tad, mainly just the amounts of spices. But everything else I followed. And it was AMAZING! 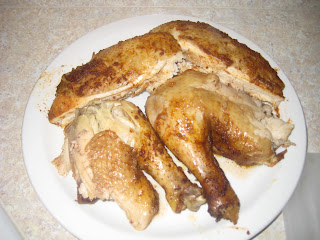 The only thing that I regret was not buying more chicken's today at the store because they were on sale! Next time I am going to try a more Italian flavor!

YUMMY!
Posted by Creative Mammas at 6:51 PM No comments:

Just returned home from our week long camping trip in Idaho and I am really worn out! Not to mention that we are heading out this weekend for another family camping trip with the fellow Creative Mamma!

So one of the first things that I do when I get home....wash clothes- NO. Un-pack- NO. Of course I had to see if there was anything new on pinterest. Looking around I found a pin with a great website and their reading list from the show Gilmore Girls. I know that Rory Gilmore was a character on a show, but that girl was smart. She always had a book in her hands and a quote from somewhere that seemed to fit the conversation. The list on this website is 250 books....maybe one day I will read all of them, but for now I am surprise that I have already knocked a few off.

My new goal for this summer, try to read as many books off this list as I can! Lets see how many others had read or can read!

I love my slow cooker. Maybe love is not a strong enough word! I wish I could use it all the time. I love throwing things into one pot and just letting it cook and fill your house with all its yummy smells. I am always on the search for new recipes and I found this blog that is amazing! www.crockpot365.blogspot.com is about a women who took on the large task of cooking with her crock pot everyday for a YEAR!

This seems a bit to much for me but there are some great recipes on her site! I am definitely saying this site under my favorites. I have only read through to March and there about 15 recipes I must try!

Check it out!
Posted by Creative Mammas at 5:01 PM No comments:

Summer time is calling our names! We are back! Sorry for the time off ( almost two months) but working and being mommy/wife is not an easy job, as many of you all know. Summer is here and fun has only begun. Camping trips and swimming with only be a tiny bit of our time spent in the sun. Take a look at my ever growing garden! 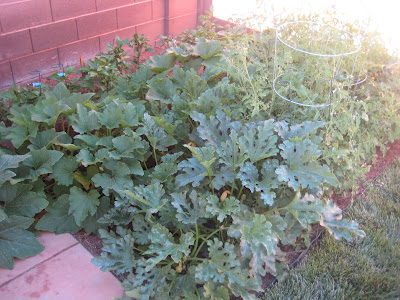 My loving Hubby let me dig up a part of the front yard (Gasp!) and plant our garden. Our backyard does not really get a large amount on morning sun and the afternoons here are too hot. I planted so many zucchini and squash.....I will probably be giving it to our neighbors. I also planted green peppers, jalapenos, tomatoes, basil, and more peppers....Salsa anyone? 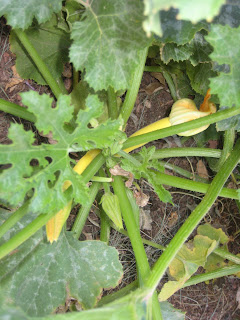 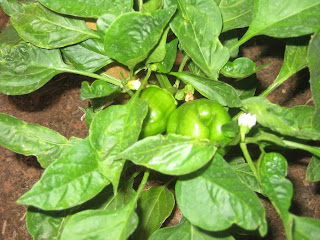 My green peppers are finally coming out! 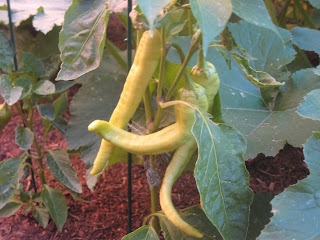 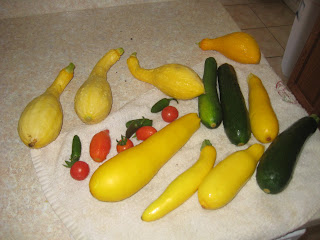 My first large harvest! I can't believe it. I went to CA for a few days and came back to growing garden. I love it!

How is your gardens growing?
Posted by Creative Mammas at 4:57 PM No comments:

Just in time for Easter, I finished the Kitchen hutch that I bought our little girl...I know so may say "you only painted it, why did it take you so long". To that I reply....try being a mom, wife and working then lets see how much you want to do when you have a free moment. Anyways, enough ranting and on with the show. 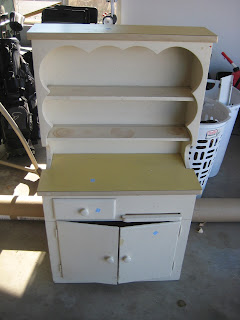 I bought it at a second hand store for $15.00! I also had to fight a few people for it too... So after some sanding and a coat of paint here is what it looks like now. 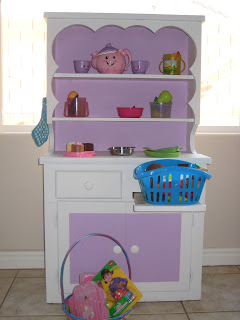 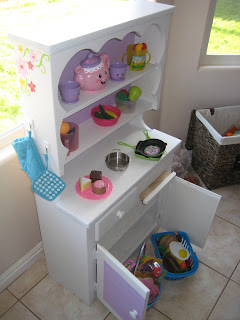 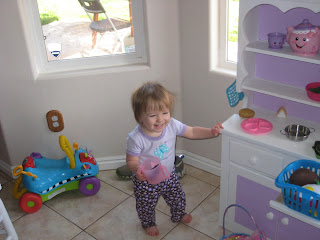 Part of her Easter gift was also the felt food that I hand made her. I have seen them all over the Internet and thought that I could make them as well. She loves them. 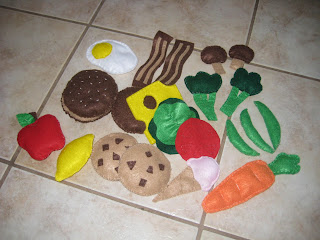 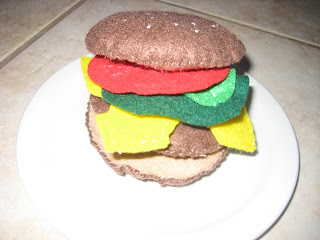 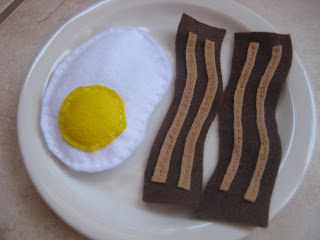 What do you think???
Posted by Creative Mammas at 4:01 PM No comments: